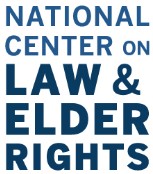 Financial exploitation has been identified as one of the most prevalent forms of elder abuse. Often, financial exploitation cases involve undue influence. Undue influence occurs when a third party uses their role and power to exploit someone and deceptively gain control over the decision making of that person. Undue influence can affect anyone, even those with decision-making capacity, but often it impacts people with cognitive impairments or those who are isolated.

In this training, participants will gain an understanding of: