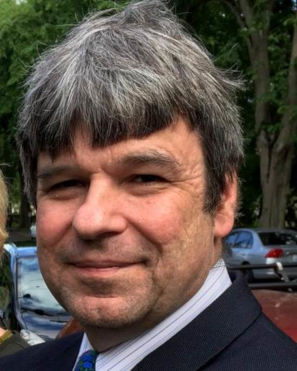 Chawaga has a long history of pro bono service. He founded Episcopal Legal Aid in November 2019 to promote access to justice by bringing pro bono civil legal services to low-income residents of Philadelphia and surrounding counties. The organization accomplishes its mission by joining individuals in need of services at meals and other church-sponsored gatherings to break down all access barriers and promote an atmosphere of comfort and security where clients can articulate their concerns. In its first four months of service, Episcopal Legal Aid held 24 clinics and served102 clients.

In addition, Chawaga drafted the complaint in the Baby Neal case brought by the American Civil Liberties Union against Philadelphia’s Department of Human Services to correct fatal deficiencies in the department’s oversight and administrative practices. He also has a long service record at the Support Center for Child Advocates as a volunteer attorney representing child victims of neglect, a member of its board of directors and chair of its Volunteer Committee. Chawaga has also handled prisoners’ rights cases as part of a program administered by the Third Circuit Court of Appeals and has volunteered with Philadelphia VIP.

Chawaga is a long-time member of the Philadelphia, Pennsylvania, and American Bar associations. He worked on several projects with the Temple-LEAP Program at the Philadelphia Bar Association and served in several positions in the PBA Statewide High School Mock Trial Competition, including scorekeeper, judge and an attorney coach for a school in Montgomery County. 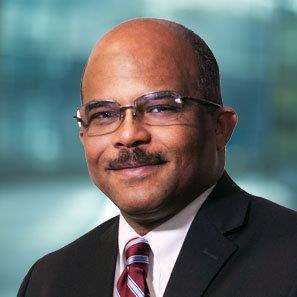 With an exemplary career of service, Payne’s dedication to pro bono begins at White and Williams, where he serves as the chair of his firm’s Diversity Committee, co-chair of the Pro Bono Committee and chair of the Homeless Advocacy Practice Group. In 2019, Payne devoted over 400 hours toward pro bono work. At the firm, he identifies opportunities, trains/mentors and oversees pro bono activities of more than 200 attorneys. For the HAP program, Payne administers bimonthly legal clinics at Our Brothers Place for the firm and handles Social Security Disability Insurance, identification and other types of cases.

As an Army veteran, Payne is devoted to serving members of the military and veterans. He was a past president and board member of the Bethesda Project, an organization serving the homeless in Philadelphia, and is a board member of the Homeless Advocacy Project, both of which assist high concentrations of veterans. Payne is also a dedicated member of the Military and Veteran’s Affairs committees of the PBA and Philadelphia Bar Association. Through his work with the Philadelphia committee, he was instrumental in revamping the Veteran’s Court in Philadelphia, reshaping the program to focus on rehabilitating veterans and military personnel facing criminal convictions.

Active in the legal community, Payne holds several leadership positions in state and local legal organizations, including a member of the PBA Board of Governors and House of Delegates, vice chancellor of the Philadelphia Bar Association and president of the PBA Conference of County Bar Leaders. Payne also served on the board, including a term as president in 2013, of the Pennsylvania Legal Aid Network (PLAN) for several years. As president of the Philadelphia Association of Defense Counsel, Payne implemented a community service program that has grown into a robust community initiative involved in several community service projects per year. He also serves on several pro bono and civic boards and as a judge pro tem for the Philadelphia Court of Common Pleas.

The Pennsylvania Bar Foundation, the charitable affiliate of the Pennsylvania Bar Association, improves the public’s understanding of the law and its appreciation of democracy and strives to ensure that citizens, particularly Pennsylvania’s most vulnerable, have full access to our legal system. The foundation accomplishes its mission by making grants, seeking financial support from individuals and organizations both within and outside of the legal community, and encouraging bar members to donate their time, talent and expertise in service to the public.