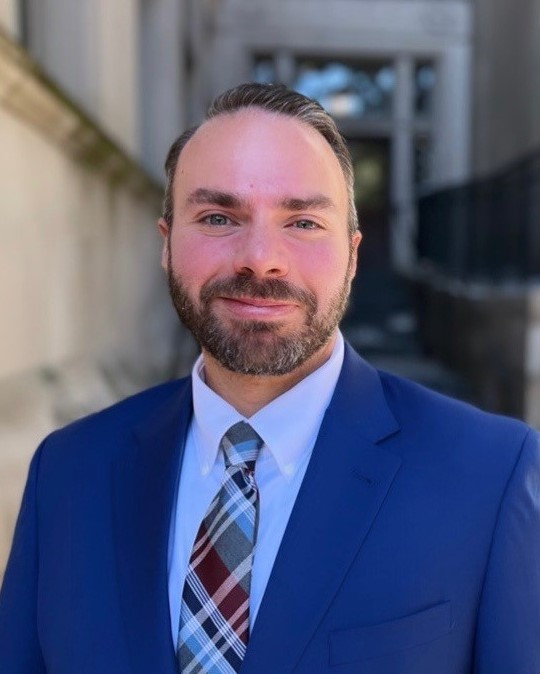 “Matt brings to the PBA a track record of growing membership, broadening community partnerships, and expanding benefits and services for lawyer members,” said PBA President Jay N. Silberblatt. “His warm and engaging personality, strong management skills and commitment to service make Matt the right choice to step into the PBA’s top managerial and administrative role. We’re excited to bring Matt on board at the start of the new year.”

“I’m thrilled about this opportunity to be a contributor to the long, successful history of Pennsylvania’s largest organized bar association,” said Holliday. “I’m looking forward to working with the PBA Board of Governors, the staff and our active membership to be an advocate for the legal profession and to provide the high level of support lawyers need in their ever-changing practices.”

Before starting work at the Chester County Bar Association in January 2020, Holliday served as the elected Chester County prothonotary. He worked with hundreds of lawyers, the Court of Common Pleas judges and thousands of members of the public, striving to ease the administrative burden of the justice system.

He had previously served for five years as chief of staff to state Representative Dan Truitt of Chester County.

Holliday has been repeatedly honored for his community service. He was named the 2018 Citizen of the Year by the Greater West Chester Chamber of Commerce. He was the recipient of the 2018 Senator Robert J. Thompson Public Service Award from the Exton Region Chamber of Commerce. He received the 2020 Vista Millennial Superstar Award and was a 2020 West Chester University Legacy of Leadership inductee. In 2012, he was named Rotarian of the Year and, in 2013, a Paul Harris Fellow by the Rotary Club of West Chester. In addition, he received the 2018 Outstanding Young Professional in Public Administration Award from the American Society for Public Administration.

Holliday is a graduate of West Chester University.

Holliday is stepping into the leadership role currently held by the PBA’s longest serving executive director, Barry M. Simpson. During the PBA Annual Meeting earlier this year, Simpson announced his plans to retire in late May 2023, at which time Simpson will be in his 25th year of providing administrative and managerial direction for the association.

Silberblatt thanked the task force leading the job search, including its chairs, PBA Immediate Past President Kathleen D. Wilkinson of Philadelphia, Michael B. Jones of Beaver and Stephanie F. Latimore of Harrisburg.

“It was a months-long process to search, identify and hire a professional possessing the multiple skills needed to continue pushing our association into the future as the voice for Pennsylvania lawyers,” Silberblatt said. “We had an outstanding pool of interested candidates from across the country. In the end, the PBA has selected a Pennsylvania native who brings to us the insights of working for a bar association and who understands the many facets of leadership needed to successfully direct a member-driven organization.”

Founded in 1895, the Pennsylvania Bar Association strives to promote justice, professional excellence and respect for the law; improve public understanding of the legal system; facilitate access of legal services; and serve the lawyer members of the state's largest organized bar association.